Hi, I’m Sara Rosso, MBA – I’ve worked in technology for more than 20 years for companies such as Hewlett-Packard and Ogilvy, and I currently work for HubSpot as a Director of Product Marketing. Former Automattic (WordPress.com & more) early hire. I’m a board member on the Santa Clara University MBA Alumni advisory board.

I have an MBA in Managing Innovation & Technology and Leading People & Organizations from Santa Clara University in California, and a Bachelors in Management Information Systems (MIS) from Texas A&M University.

Originally from California, I lived in Italy from 2003-2016 and am now back in California. My sites, photos, and I have appeared in The New York Times, The Wall Street Journal, CNN, ABC News, TIME, Businessweek, The Huffington Post, AdWeek, Advertising Age, Sky News 24 Italy, Wired Italy, LA Times, Brandweek, RAINews24, Corriere della Sera, La Repubblica, Glamour Italy, and Vanity Fair Italy. I sell some photos as a stock photographer through Getty Images.

I write about food and travel at Ms. Adventures in Italy, and I write about technology and building a business at When I Have Time.

I am the founder and former co-host (2007-2015) of World Nutella Day, a grassroots fan celebration of the chocolate hazelnut spread, which I turned over to Ferrero in 2015. I founded an all-Italy news, culture, and travel podcast called Eye on Italy before podcasts were a thing, in 2010 and hosted & personally produced more than 60 episodes in 3 years. I co-founded Mentor Everywhere, a remote mentoring experiment involving 100 participants, in 2016.

I can be reached at contact //at// sararosso [dot] com. See also my Press or Speaking & Events pages.

Sara is a writer, photographer, technology lover, and business & digital strategist. Originally born in the South San Francisco Bay Area, Sara spent 13 years living in Italy, from 2003-2016. Sara has been called a ‘Renaissance woman’ because of her expertise spanning technology, business, and the arts.

Sara brings over 20 years of experience in technology & digital strategy to her role as Director of Product Marketing. Sara has scaled business operations, built products, engaged customers, and driven online marketing for companies like Automattic (WordPress.com & more), Ferrero International, Moleskine, Hewlett-Packard, and Ogilvy. With an MBA from Santa Clara University and a Bachelor degree in Management Information Systems, Sara shares her expertise at speaking engagements around the globe. Sara is also a board member on the Santa Clara University MBA Alumni advisory board.

Sara began working early in the corporate world, and became one of the first freshman university interns at Hewlett-Packard, working in the IT Strategy department. After several years working as an intern in both California and Texas for HP (and as one of the first-ever remote internships during the school year), she became a full-time employee in IT Strategy specializing in network engineering and web services.

Upon being accepted at Santa Clara University to pursue an MBA, she was one of the youngest students admitted to the program. She was a founding member of the Women in Business MBA networking group, and served as VP Networking and then President (2002-2003). She proposed and coordinated the first student-run SCU Women in Business Conference (which ran after for 12 editions). Sara received the Dean’s award for Outstanding Leadership in 2003.

Sara and her work have appeared in the The New York Times, The Wall Street Journal, CNN, ABC News, TIME, Businessweek, The Huffington Post, AdWeek, Advertising Age, Sky News 24 Italy, Wired Italy, LA Times, Brandweek, RAINews24, Corriere della Sera, La Repubblica, Glamour Italy, and Vanity Fair Italy. She writes about food, recipes and travel at Ms. Adventures in Italy, and she founded a popular all-Italy news, culture and travel podcast called Eye on Italy. She writes about technology and building a business at When I Have Time.

She was the founder and co-host (2007-2015) of World Nutella Day, now an officially-recognized holiday owned and managed by the Ferrero brand since 2015. Sara often does everything related to a website from the concept and communication strategy to logo design and backend infrastructure. Photography has been a passion and focus for her travels and freelance photo assignments, and she also sells photos for commercial use.

Sara was a founding team member of the first Girl Geek Dinners team in Italy, in Milan, and served as the point of contact for sponsorship and coordination from 2008-2011, organizing 13 dinners with an average of 150 participants at each and working with brand sponsors such as Microsoft, Sony, Symantec, Kodak, and Fiat.

Sara Rosso’s current resume / curriculum can be found on LinkedIn.

Where to Find Me:

I often speak at events on various topics - check out my upcoming schedule and my past engagements, as well as links to some of my presentations online. More → 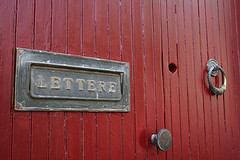 I share helpful tips & reads as well as my latest news in my free newsletter, and you can also get articles from my sites via email. Sign up here → 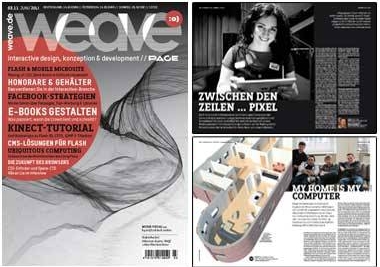